Transport from and to Italy

Transport from and to Bologna

Zeegers Expeditie has more than 30 years experience in transport, 20 years of which focussing on transport from and to Italy. Zeegers Expeditie can handle al your shipments from and to Bologna, from small consignments to full truck loads. You can be assured that our lines of communication are very short. Any questions you may have will be answered quickly and expertly.

We arrange all kinds of rush transport, from and to Bologna (Emilia-Romagna, northern Italy). Our local agents will organise and handle your rush transports from Bologna in an efficient and smooth manner.

Drivers will manoeuvre their (smaller) vehicles (with or without tailgate or with extra staff should this be necessary) without any effort through the streets of Bologna. If you should wish so, we deliver your goods on the 3rd floor. If necessary this can even be done at a desired time.

We are also the right partner for arranging transport of your odd-size machines to Bologna. Such transport often requires special permits. If you inform us in time, we will arrange for those as needed. If necessary, an escort can be arranged as well.

Are you interested and would you like more information or would you like to have a personal advisory meeting? Just call us or send us an email. Phone +31-(0)485-820280  or email info@zeegers-expeditie.nl.

In a nutshell: We arrange all kinds of transport to a specific destination, such as Bologna in the northern Italian region of Emilia-Romagna.

We have agents throughout Italy. They take care of the most complex deliveries and collections.

Through our regional agents we can get to city centres that are difficult to access and to the most desolate of mountain villages. It is important to know that international trucks will not get permission for this in Italy. Thanks to our network we can deliver properly and in a timely manner. Anywhere.

Furthermore, should this be necessary, our agents can temporarily store your goods. 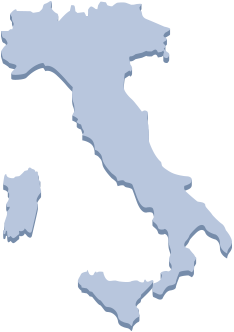